The Jaguar Simola Hill Climb in Knysna has become a highlight of the local motorsport year, and has always been on my wish list of “Things to do in a Car”! This year, for the first time, the racing calendar worked in our favour and I was able to enter my Continental SA Subaru BRZ for the event.

I was also invited to be part of a Ladies Team to raise funds for the Knysna-Sedgefield Hospice. This was an added attraction for me as I have lost a number of special people to cancer, and I know how Hospice worked to ease their pain and assist their families through their loss.
Our 86BRZ is a special little car, quite standard in terms of engine, gearbox and drivetrain, but with the addition of a Full Blown turbo conversion, a Max USA drift suspension with coil-overs and assorted upgrades such as a quick shifter, STI brakes, enlarged sump capacity, and additional cooling. It’s very light and has retained the fantastic handling characteristics of the standard car. 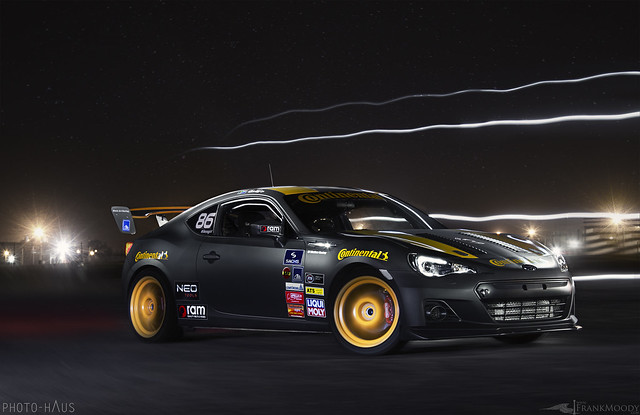 I have never tackled a Hill Climb before and the car was built to drift spec, rather than as a circuit racing car, so we had to guess a little when setting up the car for this event. We fitted a set of 18” Conti SportContact 5 tyres, dialled out some front camber and headed to the bumpiest local racetrack we could find to do some testing before leaving for Knysna. Fortunately, the car was awesome from the first run and the tyres exceeded all our expectations, completing a full morning of testing before losing a degree of grip!

I did my best to prepare for the challenge by watching as many in car videos on youtube as I could – I watched Geoff Mortimer’s 2011 run in his EVO countless times to help learn the lines and the flow of the track.
We arrived in Knysna to discover we were running in Class B1. It was flattering to realise the powers that be felt we could compete against a previous overall winner in the shape of a black EVO (AWD, launch control, 1000hp+ – the same car I had been watching on video!), Shane Gutzeit’s mega horsepower Dezzi EVO and Anton Cronje’s highly modified Subaru STI that eventually took third place overall in the Top 10 Shootout. These AWD cars were all running full slicks, as opposed to our standard road tyres, and we did feel that perhaps we had brought a knife to a gun fight…
However, we were ready to race and race we did. Our first run up the hill on Saturday morning was a tip toe on a wet track, with a time of 1.18 (the hill climb is run over 1.9 kms). As the track became more familiar and the surface dried out, we were able to bring our times down to 55.3. Our biggest challenge was avoiding tons of wheel spin at the start, as the Conti SportContacts valiantly tried to find enough grip to get through first and second gear without the car losing boost.
Sunday dawned bright and sunny, and we used our qualifying sessions to get down to a heart stopping 50.9 – I knew this was a good run as I almost couldn’t stop before the sharp turn after the finish! I honestly think this was close to the best time I could do on standard tyres, as the run was also spectacular in terms of some lurid oversteer and my rather panic stricken braking efforts as the front tyres locked up at the top. 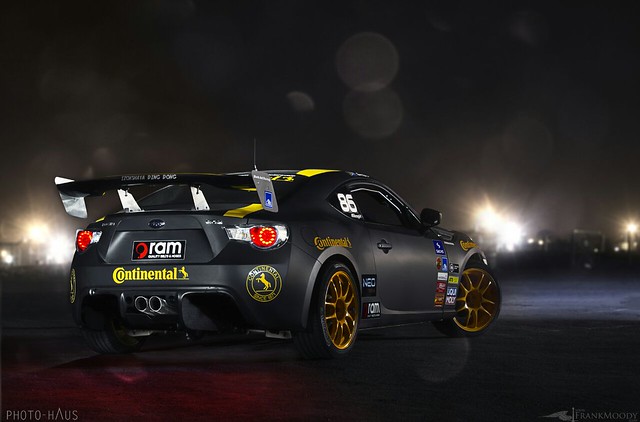 Despite our best efforts, we did not qualify in the top three of our class and therefore our Hill Climb ended after qualifying. However, we had a great weekend of racing at a brilliant event, and certainly proved just how effective our Conti SportContact tyres are under extreme conditions. I loved the driving experience – there is a certain purity in racing alone up the Hill, with your focus solely on the road ahead. The 86BRZ is so engaging to drive and gives you constant feedback – and it sounds amazing in full song, with the ethanol popping on shifts! The little car is such a crowd favourite and looks fantastic in the Continental SA livery.
The best part of the weekend is that thanks to generous donations, the Ladies Team was able to raise over R50,000.00 for Hospice! We will definitely be back in 2017.