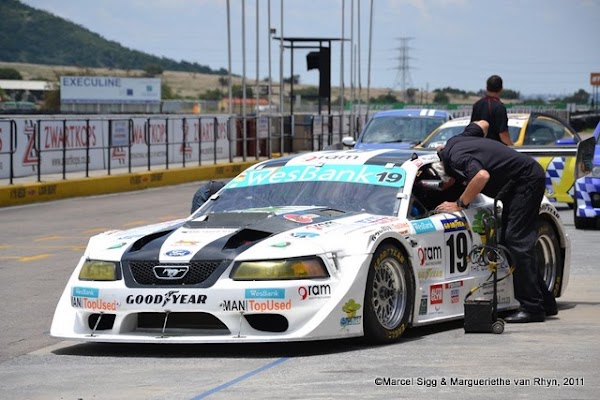 Pretoria – This Saturday sees Clare at Zwartkops raceway in her Gatorback RAM Mustang to compete in the V8 Supercar class as part of the WesBank Super Series. This is the team’s first local V8 Supercar race this year, with Clare’s first outing in Port Elizabeth at the beginning of the month.

The PE event was disappointing as the second race was stopped after a handful of laps due to Marc Auby’s car unfortunately catching fire and burning out. Clare has been honing her skills not only in circuit racing but also in the national SupaDrift Drifting series, and she is looking forward to a full day of National circuit racing.

Clare on the upcoming race weekend: “I really enjoyed driving the Gatorback RAM Mustang in PE, despite the unfortunate cancellation of the second race. The big V8 Supercars are still the ultimate thrill for a driver, and with a full field of 19 entries at Zwartkops the racing is sure to be close and fast! After battling for ages with chronic understeer in our Mustang, we’ve put our heads together with some of the most experienced drivers in the class and will be trying out a whole new set up this weekend. If it works, you can expect to see us right in the thick of the action!”